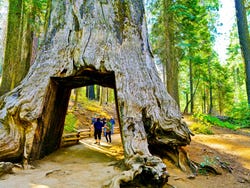 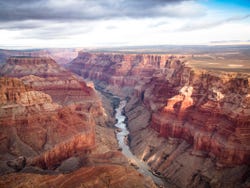 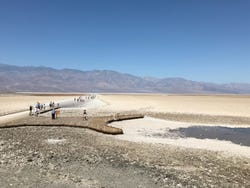 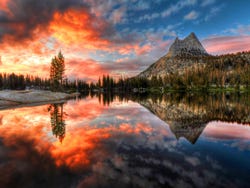 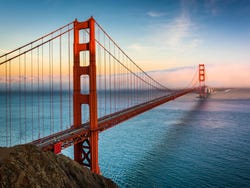 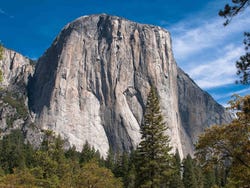 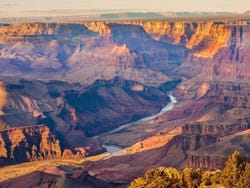 At 7:15 am we'll meet at the entrance of Stratosphere Las Vegas. There, we'll board a minibus to begin a 7-day adventure through the most important national parks in the western United States.

Our first stop will be at Zion National Park, where we'll admire its impressive dunes on an easy hiking route. Afterward, we'll head to Bryce Canyon National Park to check out its spectacular crimson-colored hoodoos!

We'll spend the night at a campground or hotel in Bryce Canyon.

After a hearty breakfast, we'll get back on the minibus and head to Lake Powell, where we'll see one of the most spectacular landscapes of the American Southwest. This place is also the setting for many old western movies.

Once there, we'll get on a powerful 4x4 vehicle and drive to Monument Valley, located inside a Navajo reservation - a great opportunity to learn about the first inhabitants of this land!

We'll end the day staying at a campground or hotel in Monument Valley.

On the third day, we'll visit two of the most special places of our 7-day tour: the Grand Canyon and the South Rim.

Soak up the wonder of this imposing reserve while we stroll through the different viewpoints of the Grand Canyon. Did you know that it is one of the Seven Natural Wonders of the World? Of course, we'll also visit the South Rim area, one of the most beautiful spots in the entire park.

We'll spend the night in a Las Vegas hotel.

After breakfast, we'll cross the border into the state of California to visit the famous Death Valley, one of the hottest places in the world!

During the visit, we'll stop at the most emblematic places of the park, including Zabriskie Point, Badwater Basin and the Furnace Creek Visitor Center. After this route through Death Valley, we'll stop for a picnic lunch.

Finally, we'll arrive in Bishop, where we'll spend the night.

To get there we'll cross the Tioga mountain Pass, one of the most spectacular scenic routes in the United States. Along the way, we'll enjoy views of Olmsted Point, Tenaya and Mono Lakes, and the Tuolumne Overlook.

Finally, we'll spend the night at a Yosemite campground or hotel.

After getting some rest, we'll spend the whole day exploring Yosemite National Park.

We'll walk along its beautiful trails in search of some of the park's must-see sites, such as the Bridalveil Waterfall with its 617-foot drop (188 meters), the Lower Yosemite Fall Trail, the granite Half Dome and the El Capitan monolith. Did you know that the latter has a 3,000-foot vertical wall (914 meters)? A climber's dream!

Tonight will also be spent in Yosemite National Park.

On the last day, we'll leave Yosemite National Park behind and head towards San Francisco, where we'll go on a sightseeing tour of the city before saying goodbye in front of the Americania Hotel around 5 pm.

This tour includes 6 nights accommodation in the following 3-star hotels:

If you choose the camping option, the place you stay will depend on the availability of campsites in the area. On the third day, you'll also stay at Alexis Park in Las Vegas.

* A reservation for one person will include a supplement.

You can book up to the start time, as long as there are places remaining. Book now to guarantee your spot.

Free! Free cancellation up to 7 days before the day of the activity. If you cancel under this time or do not show up, you will not be refunded.
From
US$ 1,665
Book

8.80 / 10 8 reviews
Experience awe-inspiring views of some of the United States' most incredible scenery. You'll visit the Grand Canyon and the Colorado River.
US$ 241 US$ 136
Book
like

9.70 / 10 168 reviews
Shooting and feeling the power and sound of endless pistols, rifles and machine guns is something you can only do in Battlefield Vegas.
US$ 115
Book
like