Salt flats, mountains and arid dunes: discover one of the most impressive desert landscapes in the United States on this tour to Death Valley National Park from Las Vegas. 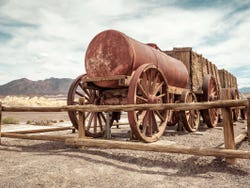 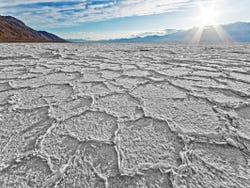 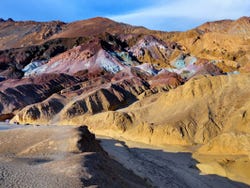 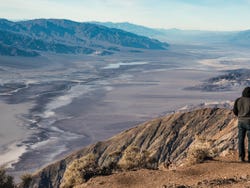 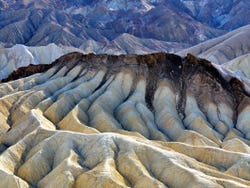 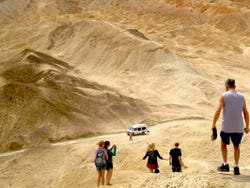 Having picked you up from your hotel in Las Vegas at 8 am, we'll set off on the hour and a half drive to the Death Valley National Park, located on the border of Nevada and California.

We'll drive through the national park, making a number of stops to enjoy the spectacular panoramic views of Death Valley, known as the "hottest place on earth". During our route, we'll climb to almost 5,500 feet (1,669 metres) in altitude to admire the landscapes from Dante's View, as well as reaching one of the lowest points on land: the Badwater Basin, 282 feet (86 m) below sea level. Did you know there was a lake here some 2000 years ago?

Our next stop will be at the Artist's Palette, an intriguing display of colours that has formed naturally on the slopes of the Black Mountains. After admiring the rainbow-coloured rocks, we'll head to the Furnace Creek Visitors' Center to learn all about the plants and wildlife that surprisingly inhabit the ominously-named Death Valley.

Not far from here, we'll visit the Borax Museum, where we'll be transported back to the Wild West as we discover a collection of old abandoned equipment and trains used for borax mining. Our final stop will be in the town of Pahrump, where we'll make a brief stop before returning to Las Vegas.

You'll be dropped back off at your hotel in Las Vegas at 6 pm.

Transport by car or minibus, depending on the size of the group.

Small groups of no more than 14 people.

You can book up until 24 hours before the activity as long as there are still places. Book now to guarantee your spot.

Free! Free cancellation up to 48 hours before the activity starts. If you cancel under this time or do not show up, you will not be refunded.
like

No rating yet
Sedona, the famous Antelope Canyon, Monument Valley... Discover the undisputed beauty in the southwestern state with this Arizona Desert Trip lasting 3 days.
US$ 590
Book
like